We've calculated that the average salary at Boeing is $75K based on 4,914 user-submitted salaries A total of 882 Boeing employees gave Boeing an average happiness rating of 4.0 out of 5.0.

International Airlines Group Finalizes Agreement for Up to 150 737 Jets

Submit a Review
BlissScore 4.0
30%
46%
19%
4%
0%
View all 882 Boeing Reviews »
1 Manufacturing Technician from Boeing submitted reviews
We can't sell, sell, sell (the Work Orders/Completion of Work), without the right tools, materials, fasteners or parts and the Leads, need to do research of the S.O.I.'s before they just hand them out to the different Manufacturing Technician's to do the work. There are a lot of S.O.I.'s that have been passed through numerous different individuals that have caused damage on that specific S.O.I. and it's Materials/Parts and the job can't be done, but none of the damage has been addressed through an Emergent Process Document and the damage is three months old, etc.
160 Anonymous Employees from Boeing submitted reviews
2.6 I'm a new employee at Boeing in the Research and Technology division of the company. I also worked for the company in St. Louis, where I loved my job and management team but hated the city. So, I chose to move to Seattle, where I wasn't sure about the job but loved the city. The only problem is that now that I'm here, I find out all engineers are forced to be in a union AND the company hates said union, so is moving most of the research work away from the Seattle area. On top of all of that, the communication between the management teams and the workers (including the engineers, not just the shop mechanics) is TERRIBLE. While we do have great health benefits, the company doesn't really offer much else. Lastly, the company is ridiculously behind in technology. They just upgraded to Windows 7 two years ago.
160 Anonymous Employees from Boeing submitted reviews
3.5 I have worked with Boeing for 17 years at different levels. At my last job, I led the consolidation of two business segments from four different cities (Chicago, St Louis, Renton and Huntington Beach) to one location. Due to numerous process improvements, streamlining, automation, and working with various functions to group similar expertise, my team was able to do more for less. My team size changed from 18 people and 4 cities to 10 people and 1 location. I also took additional tasks from a group that was eliminated.

Current CEO: Dave Calhoun
Boeing is the world’s largest aerospace company and leading manufacturer of commercial airplanes and defense, space and security systems. Additionally, Boeing designs and manufactures rotorcraft, electronic and defense systems, missiles, satellites, launch vehicles and advanced information and communication systems. As a major service provider to NASA, Boeing is the prime contractor for the International Space Station. The company also provides numerous military and commercial airline support services. Boeing has customers in more than 90 countries around the world and is one of the largest U.S. exporters in terms of sales. Headquartered in Chicago, Boeing employs more than 170,000 employees across the United States and in 70 countries. This represents one of the most diverse, talented and innovative workforces anywhere. More than 140,000 of our people hold college degrees — including nearly 35,000 advanced degrees — in virtually every business and technical field from approximately 2,700 colleges and universities worldwide.

What jobs pay the most at Boeing?

CTO is the highest paying job at Boeing at 226,000 annually. 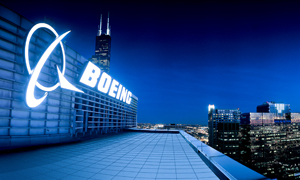