One Person, Multiple Jobs: The Rising Trend of the ‘Slasher’ Career 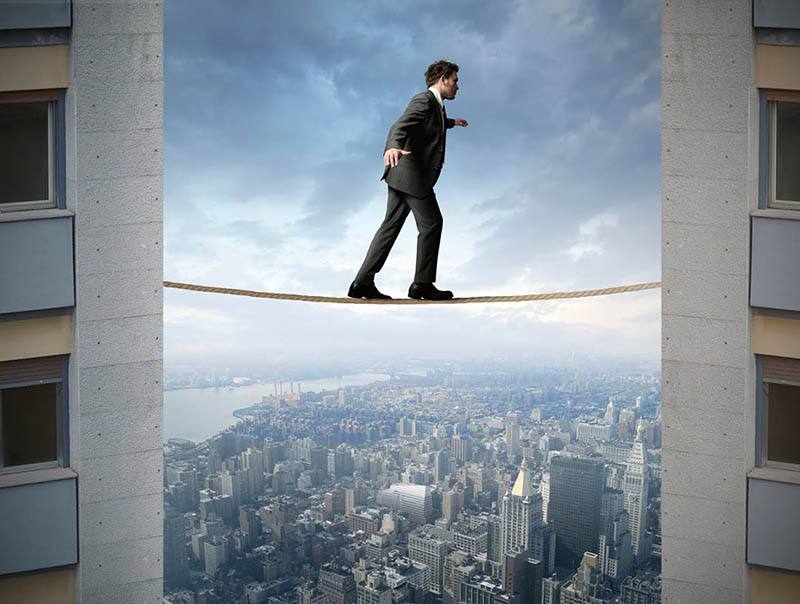 "What do you want to be when you grow up?" We probably all remember being asked this question by well-meaning adults at some time during our childhood. So from a very young age, the seeds of the notion are sown that one profession, one single career, is all that we should aspire to.

Our culture nurtures this belief by promoting the idea that we each have one true calling, one destiny which we should fulfill. Just as in the dating world we believe (or want to believe) that there is someone for everyone, that we all have just one soulmate whom we may or may not be lucky enough to meet, so too we each have one vocation to which we are ideally suited and are destined to follow. All we need do is figure out what it is and then devote our lives to doing it. Right?

What if I Have Lots of Interests?

Of course, when you are young, the idea that you can be whatever you want to be is fun. You can dream of being an astronaut, or a tightrope walker, or a lion tamer, and the adult who asked the question will just smile and pat you on the head and give you every encouragement.

But give the same answer 10 years later and the response will be very different (especially if your answer is still "lion tamer"...) The pressure to make firm choices begins before we've even left high school, where we are presented with increasingly limited options about the subjects we can study. You find yourself categorized as either an arts or a science person - express an interest in both and you will be met with exasperated looks from tutors who expect you to narrow your field of study to one or the other.

There are of course lots of people who have a single passion, who have longed to be a vet or a paramedic or a carpenter from childhood and can't imagine doing anything else. But the truth is that many of us aren't wired that way, aren't fixated on doing one thing for the rest of our lives. Instead we are curious about and interested in a wide variety of things. Then it's all too easy to feel purposeless, directionless, unambitious, even that there is something wrong with us if we have nine different interests rather than just one.

You Are Not Alone!

Fear not. There is nothing wrong with you, and nothing unusual about your lack of narrow focus. What you are is a "multipotentialite", or a "career slasher."

This is a term coined by the career coach and author of How to Be Everything Emilie Wapnick, who says it refers to "those of us with many interests, many jobs over a lifetime, and many interlocking potentials." For example, a fireman/vet. Or a data analyst/graphic designer. The key is the 'slash' part of the equation - the interest, and the ability, to hold multiple careers at the same time, or to change careers dramatically after gaining mastery of the first.

Indeed, now that the world of work is changing so rapidly the age of the multipotentialite may well have arrived. Advances in technology - automation, robotics, artificial intelligence - mean that many types of work are disappearing, as is the old fashioned idea of ‘a job for life’. Moreover, as the average lifespan increases, so the age at which we can retire and claim our pensions also rises. Already in Japan, a quarter of the population is already over the age of 65, and it is predicted that over half of all babies born in industrialized nations since the year 2000 can expect to live to over 100. So working life of the average citizen will last much longer than it used to.

To continue to be productive well into our 70s, or even beyond, we will all need to continually re-learn and re-skill throughout our working lives. Lynda Gratton, Professor of Management Practice at London Business School, believes it is inevitable that in the coming years the world of learning and education will be thoroughly re-evaluated, with the current assumption that students should specialize in a single area being overturned in favor of building a foundation of general knowledge.

She argues that since traditional education has changed little over the past century, there is now growing evidence of a skills gap between the needs of the workplace and the skills of graduating students. Partnerships will need to grow between educators and businesses to provide opportunities for life-long learning, which will enable people to "re-shape their potential throughout their life."

Rather than concentrating on a single career in which one starts at the bottom of an organization and gradually works one's way up, the focus should be on teaching and encouraging different approaches to work, such as entrepreneurship. The creation of multiple small businesses, she believes, will become "the powerhouse of employment" in countries with high youth unemployment. Broad skills such as financial acumen, the building of alliances, network augmentation and so on will replace specializations.

You're Never Too Old to Learn 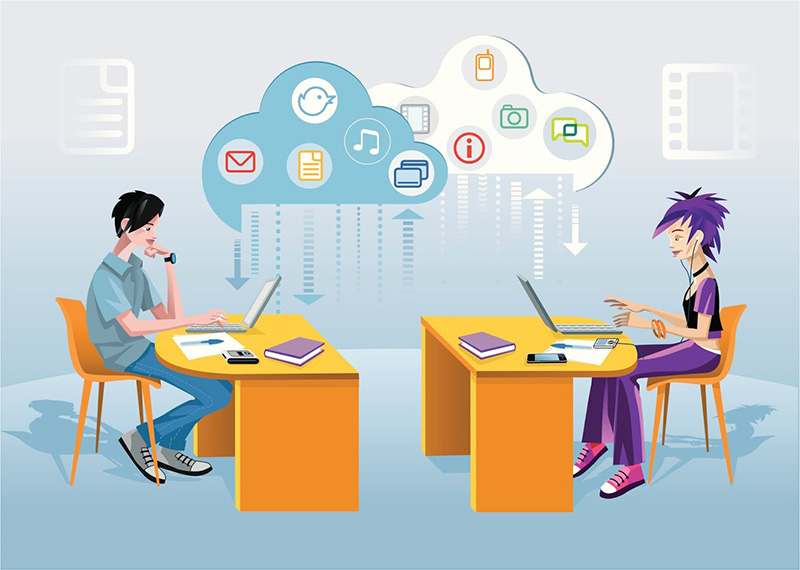 The importance of broadening one's skill set doesn't just apply to younger people. It used to be thought that cognitive performance started to go downhill from around the age of 30, but it has now been realized that people can learn new skills just as efficiently until at least their mid to late 50s.

Although there is still less opportunity for retraining when one is older, there are many soft skills which older workers have built up through a lifetime of work which can be deployed in a wide variety of working environments. Problem-solving, strategic planning, flexibility, an ability to cope with pressure and challenges - these are the type of skills which employers are increasingly coming to value.

And while technology can be being blamed for taking jobs away from workers, at the same time more and more workers are needed to keep it operating as it should. The need is constantly growing for people to train and work as installers, technicians, helpdesk advisers, software developers, web designers, cybersecurity consultants, and so on. The speed of technological change means that more than ever before, people must continually update their skills to keep up with an ever-changing workplace.

A Multiple Career Path is not a New Concept

Although the word is new, the life of the multipotentialite is not. An older word for the concept is "polymath". For centuries people have embraced a variety of roles, sometimes simultaneously, sometimes consecutively. In previous eras there was far less industry resistance against having multiple careers than there is today.

Take the 18th century statesman Benjamin Franklin, whose lifetime encompassed pursuits ranging from postmaster, printer, inventor and scientist to author, civic activist, politician and diplomat. The president and CEO of the Aspen Institute of Humanistic Studies, Walter Isaacson, describes him as "the most accomplished American of his age and the most influential in inventing the type of society America would become."

A 20th century example is former President Ronald Reagan who began his career as a radio announcer, then a Hollywood actor, enlisted in the U.S. army, became a union boss as President of the Screen Actors Guild, then worked as a goodwill ambassador for General Electric before going on to become Governor of California and being twice elected U.S. President.

How Life-long Learning Can Banish Boredom

The entrepreneur and author Luke Johnson claims there is no good reason why anyone should feel obliged "to stick neurotically to a single work trajectory for half a century." There is little excitement in a life of routine and predictability. Therefore one way to avoid the potential boredom of sticking to just one discipline is to plan to change direction in midlife.

If someone shifts from one profession to another, especially more than once, they can find themselves dismissed as being lightweight or non-professional. But you have to weigh that judgment against the risk of becoming stale, inflexible, blinkered and bored.

Johnson accepts that "domain knowledge" is essential to excel in any calling, but at the same time, he says, 20 years must be enough to become a true expert. So what happens after that?

Choosing Between Passion and a Paycheck

Of course, it's scary to contemplate abandoning your early training and qualifications, your established networks and points of reference. And not everyone can afford to risk making dramatic changes to their prime source of income, especially if you have dependents or other financial commitments.

But if the main reason for staying where you are is fear of the unknown, bear in mind that we now live in a rapidly changing economy in which the reassurance of job security no longer exists. Even more importantly, if your job no longer holds the charm or the challenge it did in your younger years, it’s time to start thinking carefully about what your priorities should be.

As the philosopher Charles Handy, whose broad range of interests include religion and the organization of the workplace, points out, 80 percent of people in corporate employment are unhappy in their jobs, a statistic confirmed by Deloitte's Shift Index survey. So, they are left with the stark choice of being either enslaved but richer, or free but poorer. This is in effect a choice between passion and a paycheck. And as unhappiness at work is known to affect mental health, this is a decision which should be given very serious consideration. 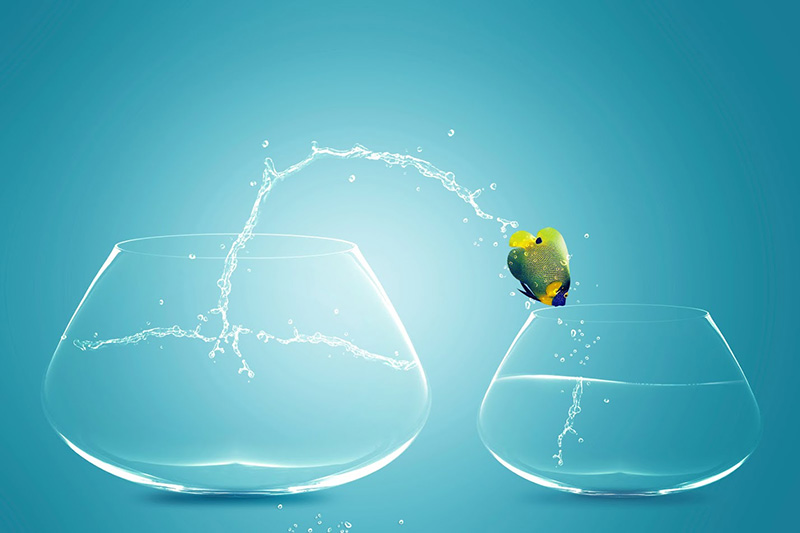 A Portfolio Career Could be the Answer

Russ Jakalian is a Munich-based freelance writer and journalist who covers science, travel and adventure. His travels have encompassedSouth-east Asia, Finnish Lapland and the Himalayan foothills inKashmir. He takes photographs on his travels which he then sells, giving him a second career as a photographer. In his spare time, he teaches science and travel writing as well as international freelancing.

Jakalian is part of an emerging trend known as the "portfolio career". Also known as "slashers", these individuals have multiple professional identities. Marci Alboher, author of One Person/Multiple Careers, explains that their income can come from part-time employment, temporary work, freelance assignments or a personal business. If they have a full-time job they will usually combine this with other lucrative interests.

Rather than developing one career and then facing the necessity of learning new skills if you want a change of direction, having a portfolio career can offer a more fulfilling work-life balance, as well as a career safety net, so if you lose or quit your current employment you will still have other sources of income.

With a combination of imagination, enthusiasm and forward planning, even the most cautious of individuals can enjoy a long working life of relative freedom from boredom and stagnation, in which the door to a new career is never closed.

We all possess a range of passions, skills and talents, so we should all aim to have a second or even a third act in our working lives. To quote another polymath, the self-educated Abraham Lincoln: "The best way to predict the future is to create it."