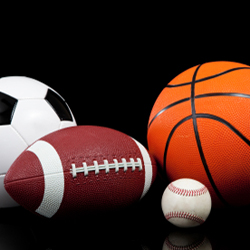 My apologies for the delay in getting this out.  I usually post conversation starters first thing Monday morning so you have topics to talk about with your co-workers and colleagues.  But I was battling a stomach bug.  I’m back on track now with plenty of sports topics for to chat about for the rest of the week.

Following the latest sports topics only takes a few minutes a day and it helps you appeal to a large number of people.  It’s also one of the few television options that is DVR-proof.  Think about how your viewing habits have changed when you have the option to easily record a show and watch it later.  There was a time about 15 years ago when television viewers watched nearly the same thing every night.  The next day those same people would talk about what they watched at work.  Do you remember watching Seinfeld, ER, Friends and Cheers?  Most people don’t watch TV the same way anymore and it takes away a conversation option.

Sports fans however rarely record events to watch at a later date.  They might watch a game or match later in the day, but not later in the week.  That immediacy means that sports topics will also be a conversation possibility among fans.  And I guarantee you work with sports fans.

With that in mind, lets get to this week’s topics.  The questions provided can be used to strike up a conversation with your colleagues.

MLB: The regular season is underway for every team in Major League baseball.  For the first time since the 1960’s the Red Sox and Yankees started the season 0-3.   The Tampa Rays swept the Yankees and look like a solid team this year.

NFL: For the last few weeks here we’ve been following the storylines relating “Bountygate” in the NFL.   As a quick recap, the New Orleans Saints were involved in paying their players to knock opposing players out of games.  The head coach, linebackers coach and GM were suspended.  They appealed, but the NFL upheld the suspensions Monday.  That means the head coach will be suspended for an entire season starting April 16th.

PGA: Bubba Watson won The Master on Sunday in a sudden death playoff.  It was an action-packed final round for golf fans.  But the TV ratings show a 22 percent drop in viewership.  The Easter holiday likely plays a roll as well as the fact that Tiger Woods turned in his worst finish as a pro.

Click here and here for more on the PGA

NHL: The regular season ended last weekend and the Stanley Cup playoffs get underway this week.  The Florida Panthers are in the playoffs for the first time in 11 seasons, ending the longest draught between playoff appearances in NHL history.   Florida is among the storylines, but more fans will be talking about the rivalry between the Pittsburgh Penguins and the Philadelphia Flyers and the chances of the Boston Bruins to repeat.

NBA: There is rarely a shortage of drama in the NBA these days. Lamar Odom already stars in a reality TV show with his wife Khloe Kardashian.  His life on the court is starting to look like the drama that plays out on his TV show.  Odom and the Dallas Mavericks have severed ties after Odom posted the worst numbers of his career.  There’s talk that he was unhappy with his role and didn’t like being in Dallas.