By The CareerBliss Team
Posted January 24, 2012 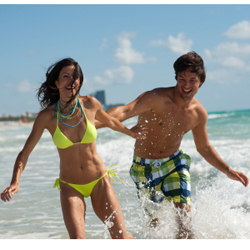 Already known for its beautiful beaches, rich culture and strong business community, Miami, Fla., now has another feather to put in its cap: It took the No. 1 spot on CareerBliss’ Happiest Cities for Work in 2012 list.

“Miami, which ranked fourth last year is now first overall,” said Matt Miller CareerBliss co-founder and CTO. “A large portion of Miami's economy is based on travel and leisure, and we have seen a dramatic shift in employee happiness in this industry, which may have an influence on the move in Miami's ranking from 2011.”