By The CareerBliss Team
Posted December 10, 2011 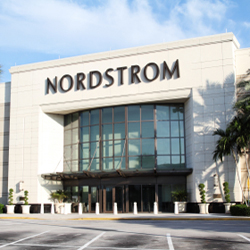 When John Nordstrom opened his first store in Seattle in 1901, he sold one thing: shoes. Over the years, Nordstrom opened more stores and became the largest independent shoe chain in the U.S. Finally, in 1963, the chain began selling apparel. Today Nordstrom has more than 200 stores in 29 states. Nordstrom is known for its commitment to keeping customers happy. The fact that the chain is No. 4 on CareerBliss’ 50 Happiest Companies for 2012 list is evidence that it also is committed to keeping employees happy.

Why Employees are Happy:

“I like Nordstrom’s consistency in all areas of running a company. Most importantly, their customer service and how they care about their employees.” — regional manager

“I enjoyed the people I worked with and the customers. I formed many long-term relationships.” — sales associate

“Nordstrom is just such a good company to work for. They believe in true customer service and treating their employees with respect. Without happy employees; there are no happy customers.” — sales associate

“I met alot of great people working at Nordstrom, it also made me a stronger person, as well as a better manger.” — manager

* CareerBliss Ratings are derived from company reviews submitted in 2011. Ratings are based on a scale of 1 to 5.