Turn that Seasonal Gig Into a Full-time Job

By The CareerBliss Team
Posted October 10, 2011 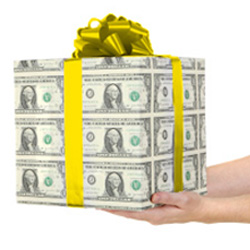 Holiday traditions are varied and numerous, but there is one year-end custom that has become a standard practice in this country, at least within the retail sector: the seasonal job. Indeed, many people will be considering seasonal work this year and for various reasons. Some may want to supplement an existing (and diminishing) income, while others may want to use it as a springboard toward permanent employment.

Nationwide, retail giant Macy’s will be hiring 78,000 temporary employees this holiday season to work in 800 stores, according to a press release from the Cincinnati-based retailer (though the company will not give out specific numbers for each store). “We usually start (seasonal workers) the day after Thanksgiving and most work through the second week of January,” says a Macy’s women’s sportswear department manager in Southern California, who asked not to be identified. “We do hire full-time after that and typically draw from the pool of holiday employees, choosing those who demonstrated great selling skills and customer service skills.”

Likewise, Seattle-based retailer Nordstrom, will be bringing aboard seasonal workers for the 6-week holiday season. According to a human resources employee at its Irvine, Calif., location, the numbers of seasonal hires are based on the specific needs of each department, though she too, would not give out specifics. However, she added, “We make sure our seasonal workers are just as qualified as our regular employees.” Nordstrom also considers seasonal workers for permanent employment after their 6-week stints are completed.

If you’re thinking about working this holiday season and like the possibility of the temp job becoming permanent, what strategies will you need to employ to increase your chances for permanent status?

During the interview, be straightforward with your potential employer about your desire to move into a regular, full-time job. Don’t be demanding, but firmly state you’d be interested in a seasonal position that could lead to a regular job. This lets the employer know up front that you’re going to be highly motivated and do well at any given task. It also sets the expectation from the beginning that you’d like to be considered for anything that might come up.

Employers have a large pool of students from which to choose during the holidays, so scheduling flexibility may not be that critical. But when everyone goes back to school, weekday shifts will still need to be filled. If you can help them fill those gaps, it will put you at an advantage. Being willing to work nights, weekends and holidays, will certainly make you stand out among others.

Know your schedule and always show up on time. Tell your supervisor that you are available with minimal notice if there’s a need. Retail managers constantly struggle to find reliable workers, so being dependable will also make you stand out.

Bobbie Thacker of San Clemente, Calif., worked the typical six weeks at the Macy’s at Newport Beach’s Fashion Island during the holidays last year, and was then placed on an “on call” basis after that. “They need people every year because they have a pretty big turnover,” says Thacker. “After the holidays were over, I was on call for several weeks after that to work all of their one-day sales.”

Whenever an issue arises that needs to be resolved, volunteer to help solve the problem. Managers love workers who are not only self-sufficient, but who think proactively, addressing little problems before they become major calamities.

5. Work As If You’re a Permanent Employee

A seasonal job may last only a couple of months, but you should treat it like a full-time job. Don’t let your productivity drop off toward the end of your pre-determined stint, and make sure you’re giving the same effort the entire time you’re there. By viewing your seasonal job as if it were a long-term position, your attendance and attitude will be better and you will pay more attention to customer service, something your supervisor will undoubtedly notice when it comes time to decide who to keep on in January.

Make it a point to meet other managers in your store. Then, once you’ve established rapport with them, talk with them and let them know that you are interested in a full-time position should one become available. Odds are there will be openings in other departments that will need to be filled once the seasonal work ends.

Most retailers need workers during the hectic holiday shopping season, but others may have additional seasonal hiring surges during the summer months. One telephone operator I spoke with at the Target store in Mission Viejo, Calif., said she was hired as a seasonal worker during the summer of 2010 and then brought on permanently six months later. “I really thought they’d let me go after the summer and then they told me during my (3-month) review that I was doing a great job and because I had clerical skills, offered me a permanent job.” Although she started in “hard lines”—floating from one “hard” merchandise department to another—she is now performing more “sitting room” (operator) duties 25 hours a week. “A perfect amount of time for me.”

Seasonal retail work is obviously not for everyone, so if you’re considering a temp job during the holidays this year, there is one quality you must possess: Vitality. “You’ve got to have a lot of energy to do retail work,” says Thacker.