By The CareerBliss Team
Posted October 03, 2011 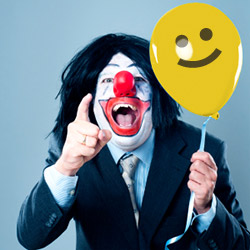 It’s nice to be liked. But it’s more important to be respected.

We’re not saying the two things are mutually exclusive. Both can occur at the same time. But if you are going to pursue one, we’d suggest going after respect.

Being respected at work will serve you in your current job – people are more receptive to your ideas when they respect you, they want to do their best for you and your chances for advancement improve. Later in your career, it will pay off, too. All those people who respect you will be eager to vouch for you as references, tell you about job openings and even hire you.

Earning the respect of your coworkers and boss can be a difficult undertaking, but well worth it. Check out our tips for how to gain – and lose – respect in the workplace. The first five tips are do’s; the last five are don’ts.

1. Do What You Say You Will

Good ideas and good intentions are a great starting point. But at the end of the workday, it’s the follow through that counts. Earn respect in the workplace by doing what you are supposed to do, and what you say you’ll do. Complete tasks. Show up on time. Be dependable. Don’t dump work on other people. Respect will follow.

2. Be an Office Moderate

We know, when it comes to politics, partisans hate a middle of the roader. Pejoratives abound: Fence sitter. Whimp. Switzerland! In the office, however, try not to get embroiled in petty disputes. Be a sounding board, if you must. Listen. Nod. But don’t take sides. It takes some backbone to be an office moderate. Other people who are turned off by office politics (but may not be strong enough to avoid it) will notice that you stay above the fray. They will respect you.

This isn’t a call to eschew ever taking a position on office matters. If it’s something important – something that affects your company, your career, your career happiness – by all means, state your case (and that kind of assertiveness can, in itself, further your quest for respect).

Oh, you may be thinking, real original. The old you got to give it to get it thing. Sure, this isn’t the newest advice. But it’s sound advice, for sure. And even tried and true advice should be reiterated on occasion (so, yeah, look both ways before you cross the street … and wash your hands after using the restroom).

Thus we reiterate: Respect, you have to give it to get it.

You know what to do: Be polite. Be attentive. Don’t be mean or rude. Try not to offend (but base that on what would offend the average person. Some people look for reasons to be offended. Nothing we can do about those weirdos). Generally, treat people the way you’d like to be treated.

Have you ever been passed over when people were getting praised for a project on which you participated? Doesn’t feel good. And, whether the oversight is intentional or not, it feels like a snub. No matter how small someone’s contribution to a project, give them credit. Sharing credit is a great way to earn respect in the office. It shows that you are fair, a team player and that you want others to succeed.

As tips 3 and 4 attest, it’s good to give. But it’s OK to take as well. In fact, you should take – take advice and constructive criticism from coworkers, and take it with an open mind. Listen to ideas. Seek feedback. If the criticism is apt, or the suggestion is good, you stand to benefit. If they aren’t those things, just receive the input and move on. Being able to take criticism and suggestions well shows that you are confident, and people respect confidence.

We spend a lot of time with our coworkers. We get to know them, and their idiosyncrasies. Often, we get to know them too well. Sometimes the line between professional and personal can start to blur. Beware. As the man says: Familiarity breeds contempt (whether that is ultimately true is up for debate, but the axiom serves our purposes here). Maintain a clear boundary between your work life and your personal life. Keep your professional distance (this, of course, is not absolute … just a guideline. It is very possible that a coworker can develop into a real friend). And, maintain decorum at extracurricular events. By all means, have fun, enjoy yourself … don’t be a stick in the mud. But don’t have too much fun (yeah, we’re talking about booze).

Want a sure-fire, never-fail way to lose respect in the workplace? Become a kiss-up. The office kiss-up is loathed by the rank and file and management alike. Your coworkers will look down on your attempts to circumvent respectable means of job advancement (see the first five tips). And your boss will view your kissing up as an attempt at manipulation. It’s a lose-lose (although there is an argument that when kissing up is done skillfully, it can be very effective. But let’s face it, not many people are the kind of Machiavellian mastermind who can succeed at this brand of hardcore kissing up).

If you’re interested in gaining respect in the workplace, people have to know you are there. It’s not enough just to sit at your computer all day – silent, head down – doing your work. Sure, reliability is a necessary attribute for acquiring respect. But it will only get you so far. You need to have ideas, suggestions, feedback. You must assert yourself (where appropriate … remember the tip above about shying away from office politics). You need to become a resource for others, a go-to guy.

Being defensive when it comes to suggestions and criticism from your boss or coworkers is a sign that you lack confidence. Respect follows confidence. Lack confidence, lose respect. If it’s not insecurity causing defensiveness, chances are it’s ego. Disregarding good ideas because you didn’t think of them will make you seem silly and pig-headed – not a pair of qualities usually associated with being respected. Use good suggestions. Incorporate the good ideas of others into your work (just remember to give credit where credit is due).

No one wants to be around someone who has a negative outlook. So be positive. That’s not to say you have to plaster a smile on your face and make believe everything is sunshine and roses. But it does mean that you should have a generally good attitude, even when dealing with not-so-good news. Having a positive outlook shows people that you are even-keeled, rather than unbalanced and depressed. But watch out: an unnatural, artificial effervescence also can thwart attempts to gain respect (and annoy the heck out of people).