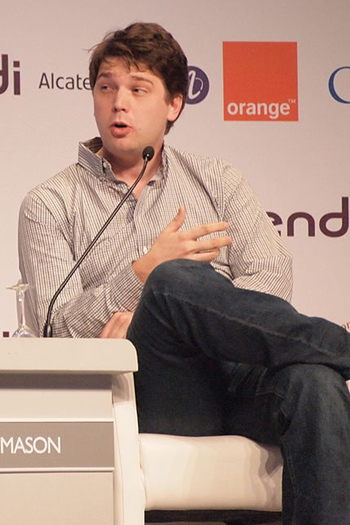 If you are forced to make an exit at work any time soon, you should remember recently ousted Groupon CEO Andrew Mason’s farewell letter.

No matter how much rage, angst or melancholy you might be feeling after getting the pink slip -- or even leaving your job voluntarily -- your exit can make or break your reputation. Mason knew his job had expired – but he also knew he did not have to leave with his head hanging.

Mason disarms the emerging rumor mill by setting the record straight about what actually went down. Like Mason, you can redeem a stronger reputation by exiting gracefully (what a deal!). Here’s how to skillfully keep your exit positive, humorous and, most importantly, refreshingly honest, without burning any bridges.

If You Can, Add Your Sense of Humor

“After four and a half intense and wonderful years as CEO of Groupon, I’ve decided that I’d like to spend more time with my family. Just kidding – I was fired today.”

Mason’s opening line – one of the biggest clichés in the book -- sets the tone of his exit as light and humorous. By incorporating just a hint of his true, unique personality throughout his letter, he leaves a very memorable mark on his legacy.

“If Groupon was was Battletoads,” he writes, “it would be like I made it all the way to the Terra Tubes without dying on my first ever play through.”

Own Up to Your Responsibility

Of course, it’s not all about jokes and giggles. Mason incorporates the perfect blend of humor and genuine, brutal honesty and even advice for the betterment of Groupon.

He hits on the grit of the situation when he says, “From controversial metrics in our S1 to our material weakness to two quarters of missing our own expectations and a stock price that’s hovering around one quarter of our listing price, the events of the last year and a half speak for themselves.”

Most importantly, he follows this with: “As CEO, I am accountable.” This no-excuse attitude is applause-worthy!

Be Honest About Your Missteps

At the tender age of 32, Mason has several decades left in the game to start something new (and make more mistakes). Rather than try to cover up his missteps and bow out unnoticed, Mason sheds light onto his mistakes and regrets.

“My biggest regrets are the moments that I let a lack of data override my intuition on what’s best for the customers.” This shows maturity, humility and ability to learn from his failures.

Leave on a Positive Note

Mason leaves his employees with a jolt of optimism. “This leadership change gives you some breathing room to break bad habits and deliver sustainable customer happiness – don’t waste this opportunity!”

Rather than bidding his team a generic goodbye and well wishes, Mason actually wants the people of Groupon to think of his leaving as an opportunity for Groupon to redeem itself.

All of these components make this letter pretty much the best farewell letter ever. It has helped boost Mason’s reputation as someone who is tactful, smart and well on his way to tackle his next project—armed with the lessons he’s learned from his important failures.

Here’s the beginning of Mason’s farewell note (it’ll certainly make you want to write an awesome farewell letter when your time comes!):

After four and a half intense and wonderful years as CEO of Groupon, I've decided that I'd like to spend more time with my family. Just kidding - I was fired today. If you're wondering why... you haven't been paying attention. From controversial metrics in our S1 to our material weakness to two quarters of missing our own expectations and a stock price that's hovering around one quarter of our listing price, the events of the last year and a half speak for themselves. As CEO, I am accountable.

You are doing amazing things at Groupon, and you deserve the outside world to give you a second chance. I’m getting in the way of that.

Read the full letter via All Things D.