CareerBliss Opinion: Is the US Ready For a 6 Hour Work Day?

By The CareerBliss Team
Posted November 13, 2015 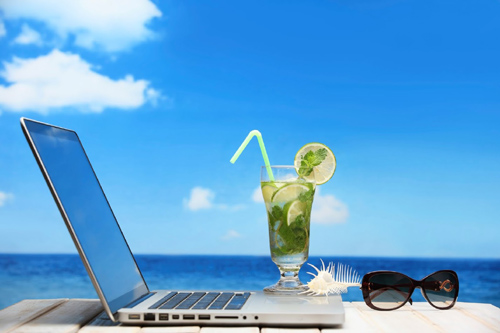 Be honest: when was the last time you left work on time? Do you feel confident walking out of the office at 5:30 pm, or do you feel compelled to stay for “just a few more minutes,” because although the workday is now officially over, nobody else in your office has moved from their desk, and you're embarrassed to be the first to stand up?

Let’s say you opt to stay, but still nobody makes a move to leave. As the clock hands creep ever-so-slowly towards 6 pm, you feel your blood pressure gradually rising. Finally, at 6:05 pm, people start making their way out of the door. You stand up, rubbing your aching back, and rush out to your car. Most likely you may speed a little on your way home in an attempt to make up those ‘lost’ 30 minutes, conscious of the fact that you now have just a few minutes available when you get home to get ready for your son’s play, which starts in – you glance at your watch and groan – just under 25 minutes, on the other side of town.

The above scenario is far from uncommon in today’s pressurized work culture. But what can we do about it? Are we all doomed to rush through our lives, tapping our feet restlessly through extended meetings that drain an hour from our evenings every Tuesday, and mindlessly checking our smartphones right before bed so we can answer “just one more” urgent client message before we finally fall asleep? Or is there a better way to live than this?

It’s Official: Americans Work More Hours Than the Rest of the World

What if we all had a shorter work day - say six hours or less? How would you feel, and (more importantly), what would be the effect on your life and on your family’s life if you got to go home two hours early, every single day for the rest of your career?

If you think a six hour work day sounds good, you’re not alone. The pressure of an increasingly demanding work culture is now widely accepted as being one of the most pressing challenges to the health of working Americans. In many countries, the US in particular, the cumulative effect of increased working hours is having a dramatic effect on the overall health of the country as a whole, one which is likely to prove damaging to your mental well-being, as well as increasing physical health risks such as a higher chance of stroke and heart disease.

The third annual Work Stress Survey, conducted by Harris Interactive on behalf of Everest College, polled 1,019 employed Americans. The survey showed that more than eight out of 10 employed Americans rate themselves as "actively stressed" by at least one aspect of their job. Poor pay and increasing workloads were the top causes of concern among those surveyed.

The results showed a marked increase in overall stress from last year's survey, which found that 73 percent of people were stressed or otherwise unhappy at work. In 2015 that number jumped to 83 percent, leaving only 17 percent satisfied with all aspects of their working life. 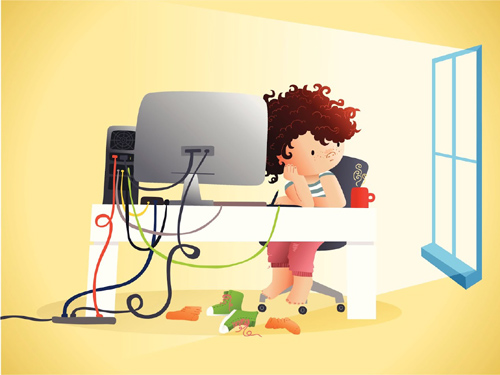 Anna Coote, Associate Director of social policy at the New Economics Foundation, thinks that the American work culture revolves around the arguably mistaken belief that the more hours you work, the more successful you will be. She says that implementing such a radical change as a six hour work day, or a four day work week, would require a dramatic shift in the way the workplace is perceived.

Contrary to popular opinion, productivity – as measured by personal work output per hour – actually improves with shorter hours. Across the world’s richest countries, higher productivity has been shown to correlate with lower working hours.

But what about tackling the issue at its root? What if everyone had a shorter working week across the board, from government office workers through to refuse collectors? There is a strong argument that the employed population would be healthier and happier, and society would be less unequal and more sustainable. Could this work in the US, and what are the challenges that adopting this model would pose?

How the Rest of the World Works

One answer is to look at other countries to see how their economic models are working. People in the Netherlands work nine hours a week less than in the US, according to the OECD, and in Germany five hours less. But the Dutch and German economies are both doing well, and the Dutch are better known for their love of cycling than for their inability to get up off their sofas, which is where the decriers of a shorter working week declare any increased hours of leisure would be spent by their US counterparts.

Across the pond in the UK, a shorter working week is being tried at Serps Invaders, a UK digital marketing company, where all staff work four days a week max. They can also work remotely, and take a day’s leave without notice (known as 'Duvet days.') In Sweden, some care homes and hospitals are experimenting with a six-hour day. For instance, Svartedalens, an elderly care home in Gothenburg, Sweden, began experimenting with a six-hour work day instead of the standard eight, with employees earning exactly the same wages as before.

The company found the shorter working week led to happier, more energetic and better-rested employees, and the benefits could be seen throughout the workplace. Tasks were completed more efficiently and were of higher quality, leading to patients experiencing better care, attention and hence an improvement in their well-being. Other Swedish establishments have been following suit and re-evaluating their own practices, reaping many of the same rewards. 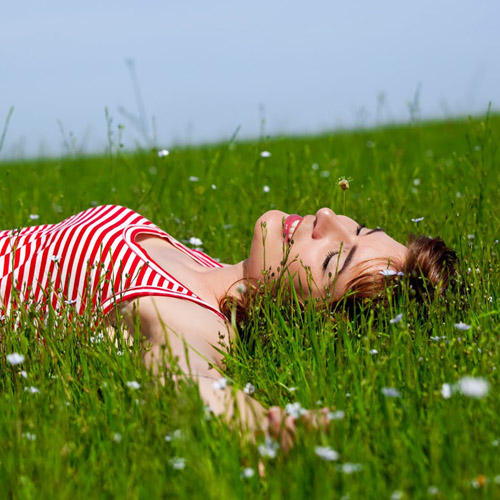 Is the US Addicted to Work?

Could this model possibly work in the US? Research has shown time and time again that working longer hours actually leads to a drop-off in productivity, after a certain number of hours. Erin Reid, a Boston University Professor, conducted a study in April 2015 in which she found that managers couldn't tell the difference in work output between employees who worked 80 hours a week and those who worked the regular 40. Working longer hours, she concluded, doesn't necessarily mean working better — it can even have the opposite effect.

John Pencavel of Stanford University reached the same conclusion. In his discussion paper in 2013 titled 'The Productivity of Working Hours', he found that productivity sharply decreases after 50 hours of work a week, so much so that someone who works 70 hours a week produces exactly the same amount of finished work as someone who works 55 hours.

Based on these surveys, it certainly seems that shortening the workday could allow employees to have more of a life outside the office, while still completing the same amount of work.

The Benefits of a Shorter Work Day

The personal benefits could potentially be dramatic. People would be able to devote more time to their families and to leisure activities. Reducing work hours can even help the environment, as workers would have more time to spend on sustainable activities such as gardening and would spend less time stuck in traffic jams. With an extra 10 hours at your disposal every single week under the new policy, you may even decide you want to take up walking or biking instead of the traditional rushed 30 minutes at the gym on the way home to pick up your kids.

And while it might be difficult to imagine now, our workaholic culture wasn't always a given. John Maynard Keynes theorized in his 1930 essay 'Economic Possibilities for Our Grandchildren' that technological advancements would increase productivity in the workplace, allowing people to get the same jobs done in far less time. But while the Svartedalens care home didn't cut employees' pay along with their hours, many companies are still entrenched in the antiquated mentality where time, rather than productivity, is the main factor in determining pay.

"Everybody should be able to earn what they need on a six-hour day. That's not a lot to ask," says Anna Coote. "Children used to work in factories. 12-hour days used to be the norm. Things do change over time, and it is possible to change them."