By The CareerBliss Team
Posted September 18, 2012

CareerBliss has salary info, hundreds of thousands of company reviews and millions of jobs! 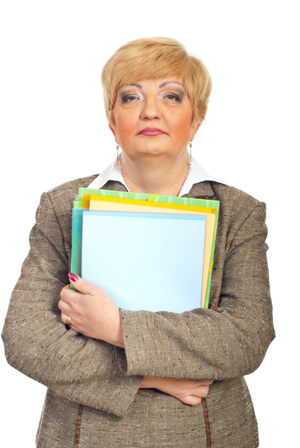 We asked the question: Whose side is HR on?

“HR has become an enemy of employees,” one professional seethed, “not impartial and definitely not an advocate.”

That answer, from a source who wished not to be named, sums up the bulk of the responses we received. People – these people, at least – just don’t like or trust HR. Horror stories abound,  such as the HR professional who told us she was given a list to people to layoff … and she was on the list.

Even those respondents who  weren’t decidedly anti-human resources scoffed at the notion that HR is a neutral entity serving both employee and employer in pursuit of the greater good.

“This is kind of a no brainer,” said one. “HR is on the side of the people who sign their  paychecks -- unless they don't care about their own jobs.”

Some of the hatred the employees who responded to our query hold for human resources may stem from them thinking in the past that HR was indeed an advocate for and protector of employees – and then painfully finding out that is not the case.

“Too often, the HR role is not clearly articulated to the stakeholders, which leads to confusion,” said Antonio F. Vianna, an author and former HR professionals.

Here’s our attempt to clearly articulate the role of HR:

It’s All About the Company: Though HR can be a friend to employees, it’s just because in some instances doing so happens to benefit the company, said Shannon Ford, who has worked in HR for more than a decade.

“HR's responsibility is to the company. I have been both an adversary and an advocate for the employees, but it is always for the good of the company.”

HR is Neither a Priest nor a Psychologist: There is no legal requirement for human resources to protect an employee’s confidentiality, employment attorney Randall Crane said.

“Some HR departments post a confidentiality policy, but in fact such policies are frequently ignored,”  he said. “In smaller companies everyone knows what is going on, especially the boss or manager. This is frustrating. If the complaint is substantial, the employee should consult an attorney before going to HR.”

HR is Not a Catch-All for Complaints: Since HR is not bound to keep your secrets, you better choose wisely when it comes what you complain about.

“While you have a responsibility to report certain things like sexual harassment and discrimination and give them a chance to fix the situation, if you want to complain that your boss is a jerk, you'd best keep it to yourself. Complaining about bullying and professionalism isn't protected from retaliation,” said Donna Ballman, an attorney and author of Stand Up For Yourself Without Getting Fired.