How to Resolve Conflict in the Workplace

By The CareerBliss Team
Posted February 22, 2017

Welcome back to Work Tip Wednesday! Come to CareerBliss every Wednesday for a brand new work tip to help you in your workplace. 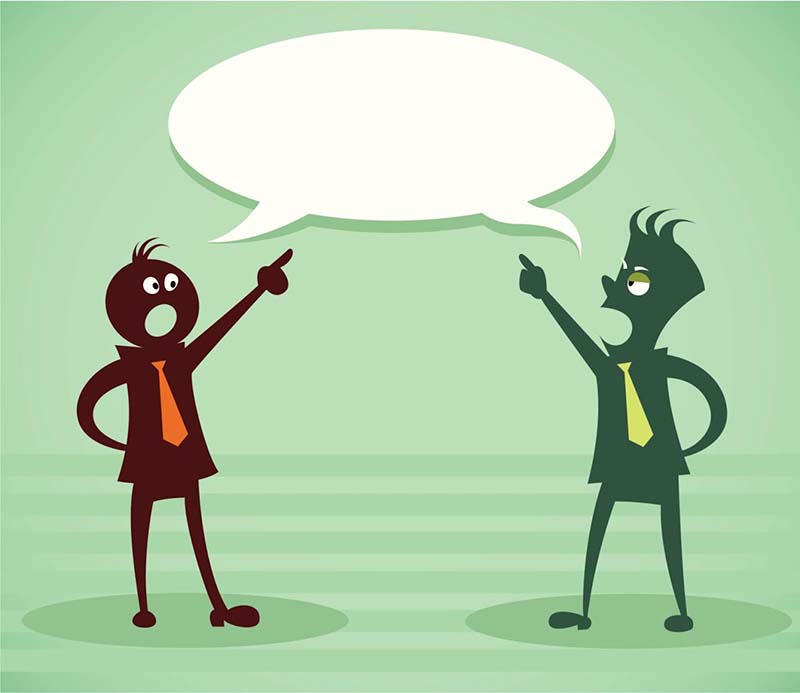 It may sound illogical, but conflict in the workplace can be a good thing. An organization in which there is never any disagreement or clash of opinion is a workplace which is, quite frankly, dull, dispiriting and uninspiring. Conflict, as long as it is handled correctly and without rancor, is a sign of a healthy, thriving, dynamic environment.

The most challenging aspect of any workplace disagreement is how to avoid things becoming personal. Disputes over work practices or policies are to be expected, but it is also inevitable that in every workplace there will be clashes of personality, tensions which arise simply because individuals don't get on together as human beings, rather than because they simply disagree over a specific work issue.

Here are some easy methods of dealing with this inevitable reality.

We have probably all experienced those minor irritations which occur when the behavior of colleagues annoys us. You know the sort of thing - you share an office with someone who whistles under their breath, or noisily munches on snacks at their desk, or persists in talking about the upcoming three-day weekend when you are trying to concentrate on work.

It is all to easy to fume quietly until it all gets too much and then suddenly erupt in anger. Bear in mind that there is a good chance the offender is unaware how annoying their actions are, so if you suddenly turn on them you will create even more hostility. Just a quiet word, preferably out of earshot of anyone else, is often enough - something on the lines of "Forgive me for saying this, but you probably didn't realize that...." With luck the other person will be embarrassed and apologize, or at the very least will alter their behavior while you’re around.

Other, more critical, personal clashes crop up all too frequently when people work closely together. Maybe a fellow worker has taken the credit for something that was your idea - this is not uncommon in a competitive work environment. Or perhaps another team member isn't pulling their weight or is simply not taking the task on which you are both engaged as seriously as you think they should.

In such situations it is vital to remain calm, to tell them of your concerns quietly, preferably when neither of you is at your desk or within earshot of your team or manager, and above all, not to assume the other person will be hostile in response to your allegations. If you start a conversation with negative expectations, you may come across as defensive, which may well provoke the sort of response you are hoping to avoid.

If You Don't Understand - Ask!

While the human race has many incredible attributes, mind reading is not one of them. Sometimes we don’t even know what we are feeling, let alone what the guy sitting two desks down chewing gum incredibly loudly is thinking. There will be times when a co-worker says or does something which baffles us, when they express a viewpoint which doesn't gel with our own, or they do something differently to how we would do it. Or maybe the boss will ask us to do something without explaining why it needs to be done. If we don't understand something, it is all too easy to feel resentful and angry.

So never be afraid to ask the question: "Why?" Not as bluntly as that, of course, especially to the boss! There are many tactful ways to ask for clarification, and your boss will probably appreciate the fact that you are keen to understand how the specific task you are engaged on will benefit the department or the company.

As for colleagues - the most important thing when you don't understand why they have done or said something is to simply inquire into their reasons, and then listen to their explanation. There is often a perfectly good reason why someone speaks or acts as they do, even though you may not agree with them. The main thing is to try and understand their point of view – and let them know you are at least trying. If you are able to say: "I can see where you're coming from. This is how I see it..." they will be more likely to listen to you in their turn. It is more important that you agree to disagree than for everyone to think and act in exactly the same way. 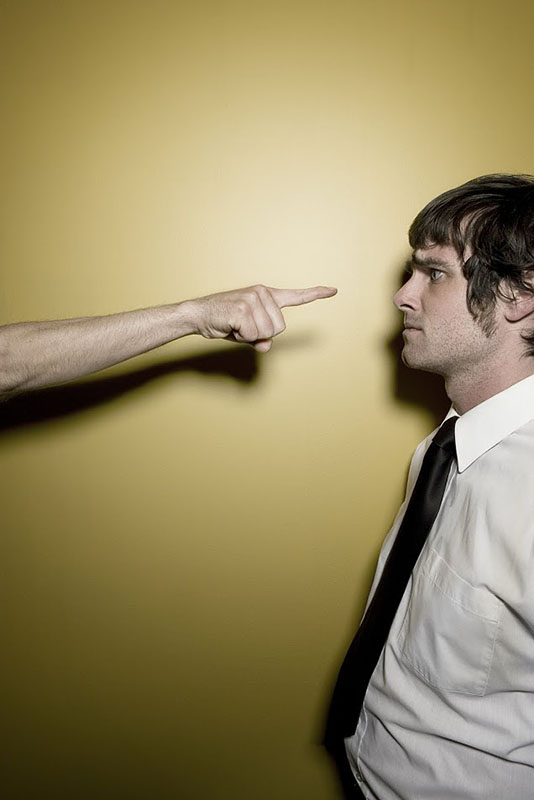 When you are a member of a large team or a department, there will inevitably be different opinions on how certain tasks should be tackled, on how to approach a new project or achieve a particular outcome. This is one situation where agreeing to disagree is not an option.

The most important thing in this case is to let everyone involved put forward their point of view, their individual take on how to address the task in hand. Do this as a group so that all members can hear what their co-workers think will work and (that word again) why they think it will work.

There are usually no right or wrong ways in which to do something - what tends to work best is an amalgamation of ideas, of approaches, of methods. Always remember that pooling ideas usually leads to the most effective solution.

Although most of us will start out by thinking that our individual ideas are the best, we will often find that there are other perspectives from which to view an issue. So listening to others can put a whole new slant on any topic. The ability to concede – without ego or ulterior motive - that you may not be right, that someone else's view has equal validity to, or more validity than, one's own, is an excellent skill to cultivate. It won't do your popularity any harm, either!

Conflict Between Employee and Employer

There are many problems which you won't be able to sort out by simply having a quiet chat with your peers by yourself. There may be longstanding issues involving colleagues which you have been unable to resolve, such as how to share responsibility amongst a team. Then there are other issues relating to anything from promotion and salaries to a perceived lack of recognition or appreciation for achievement, not to mention more general issues about work conditions, such as noise, personal space, office hygiene, and so on.

Most employees find it uncomfortable to approach their boss or manager about concerns like these. It can be especially difficult if the matter involves another worker or workers: people are afraid of coming across as a complainer, or a trouble-maker, or - forgive the colloquialism - a brown-noser. But problems usually fester if they're not tackled soon after they arise, so it's important to address and resolve the issue as soon as possible, otherwise it can affect every aspect of the workplace, from the atmosphere in the office to your ability to focus on work.

It is also quite likely that a boss or manager will sense that something isn't right, especially in a small office. As Rita Friedman, a Philadelphia-based career coach, points out: "A boss may feel slighted if he or she is left out of the loop - nobody wants to be the last to know. And if it is something that disrupts work, the boss should be aware of what's going on."

What if the Boss is the Problem?

However, if the conflict has arisen over something your boss has said or done, you face a challenge of a different nature. You will still need to discuss the situation, however. In many cases your boss may not have realized there is a problem and will work with you to resolve it. A simple explanation of why they said or did what they did may be all it takes.

On the other hand, taking the problem directly to the person you see as having caused it could make matters worse. But if you are unhappy then doing nothing is not an option, so you should prepare carefully. Keep in mind that they will have a lot on their plate already - adding another problem may not go down too well, so try to think of possible solutions before you approach them.

Timing is all-important. If your boss has just had a serious setback or is dealing with other issues (or even just running late) you will just be putting yourself directly in the line of fire. If, however, they are in a sunny mood - maybe they've had a good weekend, or just a good lunch - there is more chance of them being receptive to a calm discussion.

"Try to avoid addressing conflicts right before lunch when hunger might distort reason or just before the end of the business day when everyone is eager to go home," says Rita Friedman.

You are far more likely to achieve a positive outcome if you act professionally.  So when you judge the moment is right, make an appointment with your boss to sit down and talk. If you try to catch them between meetings or other commitments they are unlikely to give your issue the attention it deserves. A calm, business-like discussion will also reduce the chance of you raising an issue when you are upset - talking about a problem when you are feeling emotional is never a good idea.

And do keep in mind that there may be things about your own attitude or behavior which might have triggered the problem in the first place. Seeing ourselves as others see us is never easy. 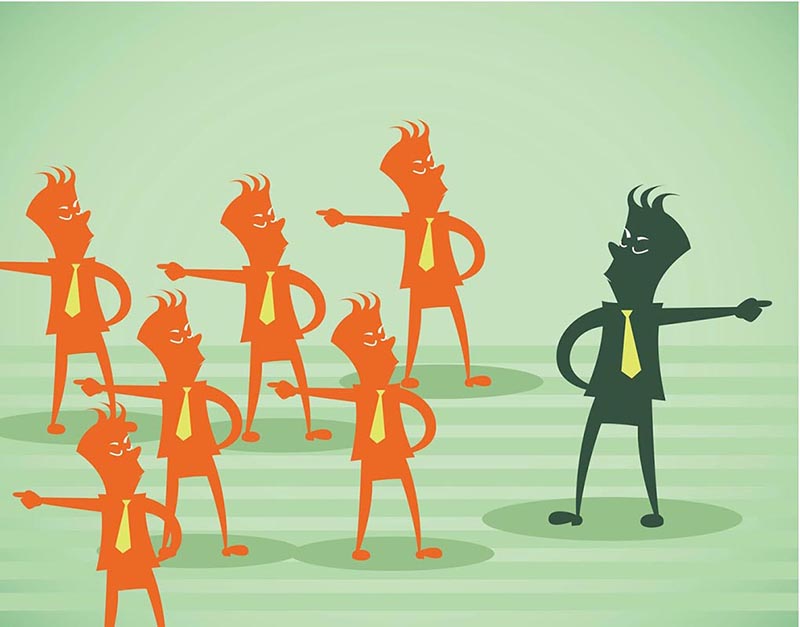 "A risk of approaching your boss is that you may invite an inspection of your own behavior to date," says communication coach and author David Parnell.  "If there are any loose ends that may come back to bite you, be sure to tie them up before running things up the flagpole."

Tackle the Problem, Not the Person

The most important thing to remember in any dispute is that it is the issue which is at the root of the conflict, not the other person. So never make it personal, in the same way that you wouldn't want to be seen solely in terms of one mistake you made, or how you behaved on a single occasion.

As another workplace expert, Lynn Taylor, author of Tame Your Terrible Office Tyrant, says: "Conflict in the workplace is as common as the office water cooler, so knowing how to cope with it with finesse will help catapult your career like no other interpersonal skill."

And remember that when any conflict arises, it is very unlikely that one person is 100 percent at fault. So be prepared to examine your own attitudes and behavior and see if you can't meet the other person halfway. Admittedly it can sometimes be hard to back down or see another point of view, but if you do your best to be receptive to other people's ideas, you will come to realize that it is far better to resolve a situation than to win at all costs.

As the former President Ronald Reagan said: "Peace is not absence of conflict, it is the ability to handle conflict by peaceful means."