How to Deal with Poorly Performing Coworkers

By The CareerBliss Team
Posted January 06, 2012 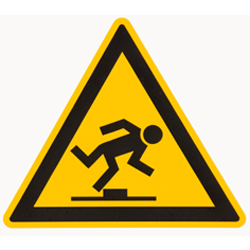 You’re a professional, right? You go to work and do your job – and you take pride in putting forth the effort to do it well. It’s a reality of the work world, however, that some people are content to coast.

Watching a colleague dodge his duties can be aggravating. But when it begins to have a direct effect on you, it’s time to take action.

Think about the situation. Is the coworker in question truly lazy, disorganized, incompetent or careless? Is your concern driven by professionalism? Is there a personality conflict that precludes you from fairly evaluating the coworker? Could it be that you just have a different style of working?

You should be able to easily come up with at least three real-life examples in which the coworker’s lack of performance has affected you and the company overall. Consider talking to a workplace confidant – don’t gossip, now! -- to get an idea of how others perceive the coworker in question.

If, after some reflection, you determine that there is a genuine problem – that the coworker is failing to perform as reasonably expected and that his failure is hurting you – you must begin to document the problem. Create a log (keep it to yourself). Focus on big things – missed deadlines, being unprepared for presentations, inability to complete important tasks. Don’t get bogged down with documenting whether the coworker was late to work, left early or took a long lunch. The things that you document in your log will serve to support your case later when you talk to the coworker or your boss.

3. Talk to the Coworker

If the coworker’s incompetence is directly affecting you, try talking to him. This shouldn’t be a confrontation. Don’t be accusatory. Don’t be angry. Try to avoid overtly negative words. Instead, be professional. Calm. Even-keeled. Fair. And, if applicable, be understanding.

Provide specific examples of how his lack of performance is making your job more difficult, and how it is affecting productivity overall. This should help him understand that colleagues are not overlooking his lackluster performance, that it does have tangible consequences in the workplace and that his reputation is at risk.

But don’t just give the coworker in question a list of shortcomings and then go on your way. Have some suggestions for how he might improve. Be specific (don’t simply suggest that he should work harder). The suggestions should tie in with the examples you used to when addressing the coworker’s lack of performance. If he has problems with organization, for example, share with him what you do to stay organized and manage your tasks.

If the coworker isn’t receptive to what you have to say (or just blows it off) and the problem persists, consider talking to your boss about it. Just as when you talked to the coworker, you should be calm and professional – and be able to provide specific examples. Don’t tattle. Don’t vent.  Also let your boss know that you attempted to help the coworker in question to improve his performance.

For cases in which the coworker’s lack of performance is not affecting you directly, you still may consider talking to your boss. Expert Alison Green offered this unconventional advice in her blog, Ask a Manager: “I want to know if my people are getting demoralized by a coworker’s shoddy performance. … I do appreciate a one-time heads-up, delivered in a discreet, professional way, if it comes from a solid employee. “

You’ve had your say; now it’s in your boss’ hands. There’s a chance she won’t address the problem in a way you like … or that she won’t address it at all. Nonetheless, don’t annoy her by continually complaining about the same issues with the same coworker (if you do, you’ll become the problem) unless there is some new, more serious development that requires her attention.