How being Desperate and Unprepared Killed My Job Interview 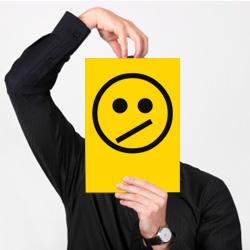 I knew, as it was happening, that the job interview was going badly. The guy asking the questions – the managing editor at a mid-size Southern California daily – had lost interest in me quickly. He put his feet up on his desk and began eating his lunch.

I sat wordlessly as he ate. The crunch of teeth tearing through lettuce was the only sound in his closet of an office.

Finally the city editor, at that point unaware of my poor showing, came and got me. He led me to a computer for a writing test. Then he headed back to the managing editor’s office.

The time limit on the writing exercise was 20 minutes. I finished and waited.

It was a blunt confirmation of what I already knew: I would get no job offer from these people.

And so ended the worst job interview of my career. Even now, some seven years later, to remember it stings a bit.

But the worst thing about my worst job interview is that the bad result was my fault. These guys were giving me a fair shake – I did, after all, look promising on paper . But when it came to the interview, I failed to present myself as a worthwhile candidate for the general assignment reporter position for which I was shooting.

Here’s what killed it:

And that was a problem.

I Didn’t Have Good Answers

I tried to talk my way through those questions and others like it. But it was obvious that I hadn’t been following the paper, I hadn’t done much research and that I hadn’t put much thought into how I would respond.

I Didn’t Have Good Questions

Actually, if I recall correctly, I didn’t have any questions. Remember, I was desperate – so what did I care about the specifics of working for this paper?

Interviewers judge questions just as they judge answers – some even score questions higher when evaluating candidates. Well-informed questions show that you are curious, knowledgeable and interested in finding the right position. Having no questions shows that you don’t care.

But I learned my lesson

About a month after my worst interview ever, I got another shot with a different newspaper.

I was still desperate to get a job, but I didn’t bring that desperation into the interview. Instead, I focused on the paper’s need for a reporter, how I could fill that need and why I thought this particular paper was a good fit for me.

I spent hours researching the paper before the interview and was able to speak knowledgably about its coverage and how I could contribute to it. And I had plenty of good questions about what my job would entail, the editorial direction of the paper, circulation numbers, the effect of Internet news sources on the print edition.

A few hours after the interview, I got a call from the editor.

The job was mine.