Having a ‘Workplace Spouse’ -- Good or Bad?

By The CareerBliss Team
Posted February 14, 2012 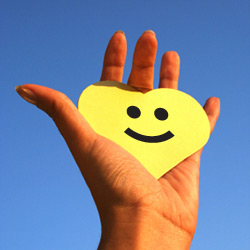 Having a pseudo work marriage is tricky. It could really amp up your motivation (e.g. feel less like a corporate robot) or it could be hopelessly distracting. Then, there’s the possibility of creating unnecessary inklings of neglect or mistrust in your actual partner at home.

Someone who really knows a thing or two about this unusual form of faux marriage is Jacqueline Olds, professor of psychiatry at Harvard. Specifically, a workplace spouse is “a person at work with whom you have a special relationship in which you share confidences, loyalties, experiences and a degree of honesty and openness,” Olds told Irene S. Levine in an interview for The Friendship Blog.

And people seem to form work marriages all the time. About 65 percent of American workers say they’ve had a work spouse at some point, according to the Captivate Network Office Pulse Work Spouse Survey.

Before you go handing a homemade card to your pseudo-sweetheart in the workplace this Valentine’s Day, you might want to think about whether or not you might be complicating your own life. We asked several experts to weigh in on the issue and came up with some compelling pros and cons:

We’re wired to connect, says Margaret J. King, Ph.D. and Director of The Center for Cultural Studies and Analysis. “It’s odd for us not to.”

In fact, this behavior is as old as the human tendency to form bonds with those we work alongside.

“At first it was the extended family tribe. More recently, it's been those of similar education and interest or professional bonds, which is why over 70 percent of all marriages are between coworkers, colleagues or those with work connections through other people,” King says.

If your work-spouse understands you inside and out, cares for you and makes you laugh, here’s the ugly truth: You might be disallowing space for your actual significant other to satisfy your needs.

King makes the observation that work-spouses spend far more waking time together doing interesting things than do real spouses. “So it’s not surprising that this raises domestic issues – jealousy and competitive envy are the leading ones,” she says.

So, unless you want to make your partner jealous, remember to maintain professional boundaries and honesty with everyone involved.

PRO: Ability to be Yourself at Work

When Levine of The friendship Blog asked Olds why these relationships form, Olds explained, first, people start off feeling that they are grateful to have a good friend at work. Solid relationships are a major source of workplace happiness, so you might find yourself inclined to just go with it.

“As the relationship progresses, they may feel like the work-spouse is the one person at work with whom they can ‘truly be themselves,’ ” Olds says.

So, if you’re starting to feel relief as a result of a colleague’s presence — don’t be clueless — you might be entering work-spouse territory.

CON: Dependency is a Danger Zone

There’s a fine line to walk when we share our emotions with several people, says Lesli Doares, marriage therapist and coach and author of Blueprint for a Lasting Marriage.

“By definition, this increases the level of intimacy between two people and that can open the door to sharing about other issues than just what’s happening at work.”

She suggests professionals draw a middle ground – recognizing the natural human tendency to form close bonds at work but “never okay to use them as an emotional crutch.”

“It is important to understand the personalities and mindsets of our coworkers if we are to be effective at working together,” Doares says. “A workplace functions very much like a family and the same rules apply.”

Doares notes the importance of knowing your role and that being effective requires sharing at some level.  Of course, each person has the right to determine how much they’re willing to participate outside of their comfort zone, she says.

CON: Could be a Huge Distraction

Robby Slaughter, an office productivity and workflow expert and owner of Slaughter Development Consulting Firm, says “Having a ‘work spouse’ is counterproductive and extremely risky,” Slaughter says. “Work is about work, not emotional support.”

“Instead of focusing on the task at hand, we are constantly pulled into meetings, constantly interrupted by people calling our name over the cubicle wall, and spend much of our time at work jockeying and responding to political struggles,” Slaughter argues.

Slaughter proposes that the best strategy for successful professionals is to simply focus on the tasks in front of you. “Avoid making friends or enemies,” he says. “The value of individual who is pleasant, quiet and gets things done is absolutely inviolate.”

There’s at least one industry where a faux marriage among professionals is actually a long-standing tradition of trust.

In the field of investment banking and hedge funds, it’s common for senior executives to rely heavily on their administrative assistants (admins or AA’s), says Roy Cohen, author of The Wall Street Professional's Survival Guide. “If the AA is older, they’re sometimes referred to as Mrs. ----, the last name of their boss.”

Cohen assures that it’s said in jest and the AAs are highly respected. Especially in this type of high-stress job, a deep trust is essential: “Senior executives need a support system that they can trust and who will have their backs,” Cohen says.

We sought out one of our go-to workplace legal advisers, Angela Reddock, who warns that you might have to give your two weeks’ notice if the close relationships between an employee and supervisor. “This relationship could be subject to claims of “sexual harassment or hostile work environment,” Reddock says.

Close relationships among coworkers, however, have less severe legal consequences—except “in the event one co-worker starts to feel the other is saying or doing things of a sexually suggestive or discriminatory nature, the coworker may have a claim for hostile work environment against the employer if the employer knew of or should have known of the alleged inappropriate behavior.”

Of course, to each relationship its own -- so, we want to hear from you! Do you think the potential cons outweigh the pros in having a workplace marriage?