Dos and Don’ts of Saying ‘No’ at Work 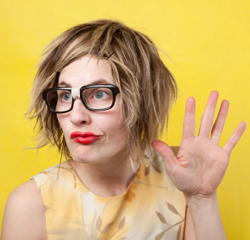 Saying ‘no’ to colleagues can feel counterintuitive. Of course, you want to come off as a capable, indispensable team player. But accepting every single request is kind of like inviting others to come and stomp all over your productivity.

Prioritizing is the first step to working smarter, not harder—and part of prioritizing is deciding when to say “no” to stuff that just doesn’t need your full attention right now.

Also, trying to please everyone will force you to spread yourself thin on your own tasks. Not to mention “those who hate to say ‘no’ become those who are imposed upon the most,” says Barry Maher, speaker, trainer, consultant at Barry Maher & Associates.

Don’t let this happen. There is a way to say ‘no’ to select requests and still be perceived as a stellar professional:

DO: Preface Your ‘No’ With a Regret

“I'm sorry, but I’m just not able to fit that into my schedule,” suggests Christine Durst, co-founder of RatRaceRebellion and Staffcentrix, a career and training development company. Very simple, straightforward.

If a coworker turns to you to shoulder some of his weight, you’re not obligated to take care of it—after all, you’re not his mom! In this case, you should also be prepared for potential sob stories because “the well-practiced pusher will play on your guilt,” Durst says. Don’t let them. Be assertive because you are not at fault.

If it is part of your job description, then talk to your boss about prioritizing your tasks (more on how to do that later). Either way, you are not to blame.

DO: Take a Second to Consider

Geoffrey James of Sales Source, the world’s most visited sales-oriented blog, recently wrote an advice piece for Inc Magazine on how to have a successful phone interview.

One of his main points was that you should pause before each response to show that you’re actually listening—this is a great takeaway for saying ‘no’ at the office too.

“If, by contrast, you jump right in immediately with your response (or worse, cut the other person off), you’ve just communicated that you think your thoughts are far more important than anything the other person could have said.” So just wait a second!

DON’T: Beat around the Bush with “Maybe”

Saying uncertain words like “maybe” or “perhaps” is simply poor communication.  In most business environments in the US, it’s better to be up-front about your answer. Being direct is the best way to handle the situation clearly and assertively.

DO: Explain Your Situation Concisely

After you’ve prefaced with regret, explain why you can’t do it.

For instance, if you’re handed a new project when you’re already up to your ears in work, Karen Southall Watts, who has been teaching and coaching entrepreneurs and managers since 1999, recommends you say, “In order to do my best work, I will need to focus on the most important things first. What would you like me to put on the back burner until this new project is finished?”

You can approach coworkers and work team members the same way. Focus on quality of work rather than talking about how you lack of time or energy, she says.

DON’T: Be Missing in Action

This is what will separate you from the Negative Nancys of the workplace. Later on, check in with your colleague to see if his problem worked out. It shows you actually care about their issue and would have loved to help. If it turns out that you are now free to help them, offer to do so!

For instance, if your boss asks you to you to take on extra work, suggest something like: “I can stay an extra half hour on Tuesday and Thursday. If that will get the job done, I'll be happy to do it,” Maher  suggests.  “Otherwise I don't see how I can fit this in right now and do the type of job you need done.” This way, he’ll still look at you as a solution resource rather than a dead-end.

If it’s a coworker who is asking for help, another way to remain a solution resource is to refer them to someone else who might be willing. But refrain from saying, “If you can't find someone else, come back” warns Sandra Lamb, career, lifestyle and etiquette expert, and the author of How to Write It. Otherwise you’ll just prolong the problem.