By The CareerBliss Team
Posted October 17, 2013 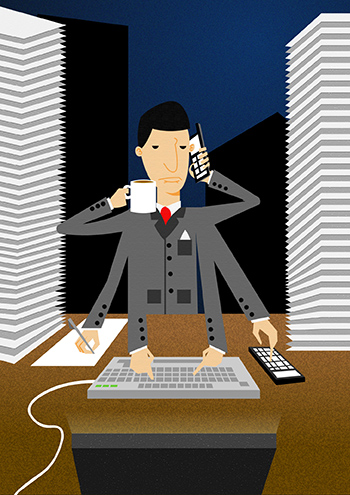 If you want to boost your productivity, track it.

Spend a few days measuring exactly how you are spending your energy. Then, take a step back and consider how you can better appropriate your time to get the most bang for your buck.

Tiago Forte, a productivity expert who teaches an online course on workflow design for productivity, did just this for eight months last year and wound up seeing a 341 percent increase in productivity!

We spoke with Forte and several other productivity experts to nail down seven of the biggest missteps you might be hindering your productivity potential.

In the spirit of getting things done, let’s get right to it!

These are seven important ways to revel your engine and fire up your productivity:

Studies have shown that web surfing can refresh your mind – but remember it’s a slippery slope. With access to limitless content, it’s easy to get lost into Internet abyss.

“Twenty-seven percent of people said they spend up to two hours per day browsing and shopping various web pages,” according to the OfficeTime.net survey. Add social media notifications into the mix and you’ve got a surefire way to lose track of your time!

This takes self-control. NPR offers a list of great apps to help you block social media, like the SelfControl app. 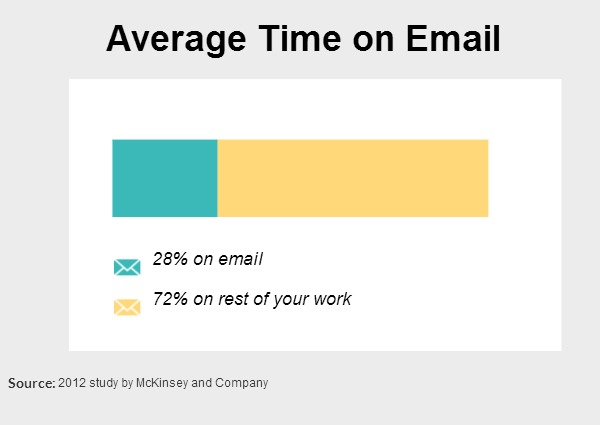 A 2012 study by McKinsey and Company found that the average American worker spend 28 percent of his or her time on email. “That's 11 hours in a 40 hour week!” says Kwin Peterson, creator of the Control Email Series.

It’s a bad habit when you don’t really need to check your email, but you do anyway.

The best way to kick this habit is to monitor yourself.

Then, “If you check every five minutes, or even constantly, start by checking every 15 minutes, then expand to every 30 minutes, then every hour, and maybe get to three or four hour blocks of time without checking,” suggests Jan Yager, Ph.D., productivity expert and author of Work Less, Do More.

It’s important to be able to tactfully say “no” to your distracting coworkers when necessary. To help you battle this productivity problem, we covered this issue in “How to Deal With Chatty Coworkers” and “Dos and Don’ts of Saying ‘No’ at Work.”

4. Procrastinating on the Tough Stuff

Knock out the hard stuff first and you’ll both be and feel much more accomplished. If you find yourself wanting to put off a task, Yager says controlled procrastination is one great way to deal. For instance, “I'll take 30 minutes to walk around or make a phone call to a friend and then I'll get back to work on what I'm putting off,” he says. Keep your promise!

It takes about 23 minutes and 15 seconds to fully return to a task after interruption, according to Gloria Mark, Professor at UC Irvine, in Fast Company. Another study by Ninlabs Research found that it takes 10-15 minutes for programmers to restart coding.

“Switching tasks interrupts the state of ‘flow’,” Forte says, “which describes the state where you think deeply, lose track of time and immerse yourself in the moment.”

So, if you’re switching tasks, you’re never fully giving yourself a chance to reach maximum potential. This goes hand-in-hand with multitasking.

“Multitasking splits the brain,” according to productivity writer Leo Widrich on Buffer App’s blog. “It creates something researchers have called ‘spotlights,’ so all your brain is doing is frantically switching between the activities of eating, to writing an email, to answering a chat conversation.”

Block some uninterrupted time, and watch your productivity go up.

6. Thinking Big is Great, But Can Create a Barrier

Starting a big goal can be daunting, but doable. “To avoid ‘blue sky paralyses pare your idea down to a small, immediately executable concept,” according to the “10 Laws of Productivity,” by the Behance Team on 99u, a productivity website.

In other words, what’s one small thing you can realistically do today to help achieve your goal? Start small is the key to avoid feeling overwhelmed.

Routinely build a daily practice and—boom—soon you will have made some serious headway in a few weeks.

“Studies show that getting less than 7.5 hours of sleep limits our mental functioning, and in particular, our prefrontal cortex, the part of our brain that handles executive functioning,” says Alicia H. Clark, licensed clinical psychologist of almost 20 years.

“Executive functioning” is the core of our productivity because it’s the mental process that helps us manage ourselves, our attention and thoughts, Clark says. Sleeping can help you focus.